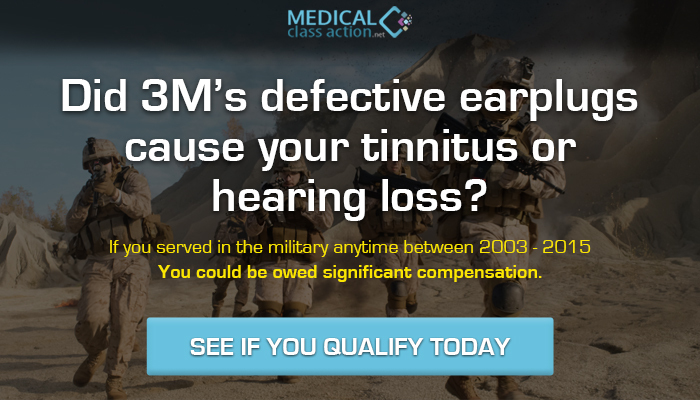 Disclosure: We’re letting you know that this post contains sponsored links which Find Cash USA receives compensation for, which may impact their order of appearance because talking about money should always be an honest discussion.

Are you a veteran who served the military sometime between 2003-2015? You may qualify for a lawsuit if you have developed hearing loss or tinnitus after using these defective 3M Dual-Ended Combat Arms Earplugs Version 2 (CAEv2).

The lawsuits allege the earplugs didn’t maintain a tight seal and allowed dangerously loud sounds to slip through without the wearer knowing and this result in hearing loss and tinnitus. How Can I File a 3M Earplugs Lawsuit? The potential plaintiffs need to have a diagnosis from a doctor that he is suffering from tinnitus and hearing loss at or around the time of discharge from the military. The relevant time of service is 2003 and 2015. Eligible servicemen and women may be entitled to compensation for their hearing loss.

What wars were these earplugs issued to all military personnel?

Get Cash Back On Your Amazon Purchase Find Assistance In Your Area Save Money On Your Medications! Get Discount!